What is a Babylon candle?

Saw Stardust yesterday. In it, Babylon candles play an important role. These candles, when lit, whisk the bearer instantly to wherever he wants to go--which isn't explained outright in the film, merely demonstrated (a good example of showing, not telling, BTW). However, given that there's no explanation, I rather assumed that Babylon candles were an established if perhaps obscure fantasy trope--like ten-league boots. Why "Babylon"? No idea. Didn't think too hard about it.

My sister, however, just figured it out: Remember the old nursery rhyme?

How many miles to Babylon?
Three score miles and ten.
Can I get there by candlelight?
Yes, and back again.

Would that be Linda who came up with the connection? Clever girl. Babylon candles, if I'm remembering correctly, were explained more thoroughly in the book (isn't it always the case?) and were used more freely in the movie to speed things along.

By the way, did you like "Stardust?" Lori and I loved it. I think it's almost as good a movie as the book is a book ... but the book is still better.

Yes, that would be clever Linda.

None of us had read the book before seeing the movie. Linda just read the book and, while indeed it's closer to the "how many miles to babylon" rhyme, it apparently seems bland and shallow compared to the film.

Oh--forgot to respond to the second question. Yes, enjoyed it. L & P liked it enough to want to go see it again, and I'd have gone, too, but I had to go to class instead. (I was going to just say "but I had class," and somehow that didn't scan quite right--.)

I wish I had one! Too bad they exist only in fiction.

When you have been away from this world you realize that anything is possible!

I`ve read the book, that is not even its name, actually, the name of those candles is not mentioned at all, and they are not instant, according to the book, the user sees a diferent area of the whole trip with every step... the movie is very inaccurate....

What a surprise that a movie doesn't follow the book very closely! [Just kidding.] But it is true that the idea works well in the film and is a clever name.

Babylon candle is candle made from adipose undubbed child.

anyone seen the Scottish version in Wikipedia? makes one think... 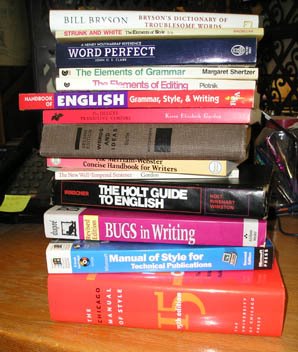